A father is a daughter’s first love: the king of their heart! As for a father, a daughter is the apple of their eye: their beloved princess! The protective love that fathers have for their girls may be different from a mom’s unconditional one, but that does not mean it is any less important.

Here, we have some father daughter quotes that show that special kind of love. That love that no matter the age of a daughter, she will always remain her daddy’s baby girl. Some of these father daughter relationship quotes also show how daughters soar and fly high, but they still need their fathers protection to catch them when they fall.

Famous Father Daughter Quotes that Will Move Your Heart 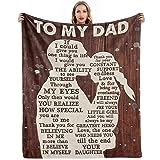 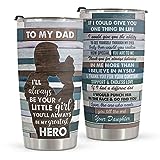 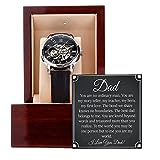 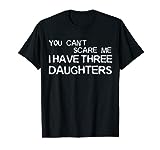 You Can't Scare Me I Have Three Daughters T-Shirt T-Shirt
$17.95
Buy on Amazon

The above father daughter love quotes portray a magnificent relationship between dads and daughters. Such extraordinary connection is unique between them – no moms and no sons can ever relate. So, keep your dads and daughters close to your heart because no one can ever replace them. Try out your favorite dad quote next fathers day card or for that special birthday wish and give your truly amazing dad the greatest gift!

More Messages for Fathers and Dads